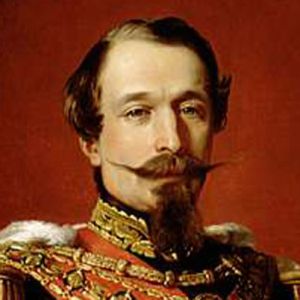 Jon Elster, a professor of social sciences at Columbia, has an essay comparing Donald Trump to Napoleon III in a new collection, Can It Happen Here? Authoritarianism in America (HarperCollins), edited by Cass R. Sunstein.  Elster’s point is a little murky, but essentially it seems to be that Trump and Louis Napoleon, who ruled France from 1848 to 1870, are autocrats cut from the same “narcissistic and megalomaniac” cloth.  I said something similar in December 2015 when Jacobin magazine polled some of its contributors as to whether Trump could be defined as a fascist, properly speaking.  I said he couldn’t and described him instead as a “Bonapartist – a tough leader who positions himself above the fray and simultaneously attacks enemies from the Left and the Right.”  I predicted that he would “do better against Clinton than most people assume by attacking her for backing the invasion of Iraq and for now calling for a Syrian no-fly zone.”  If he made it into the White House, I added, he’d “function as a classic authoritarian, blustering and bullying and maybe imposing a state of emergency if conditions get hairy enough.  But all this would establish him as a precursor to fascism rather than the genuine article.”

This wasn’t half-bad considering how few commentators took Trump seriously at the time.  But in other ways it was off the mark.  Essentially, I expected Trump to follow the standard model of a strong man who outmaneuvers traditional conservatives while prevailing over a weak and divided liberal opposition.  But that isn’t how things have turned out.  The liberal state has fought back much more vigorously than I expected, to the point where it’s now Trump – beset by scandal, pursued by prosecutors and journalists – who’s on the ropes.  But rather than defeating Bonapartism, all liberals have succeeded in doing is ushering it in through the back door.

The result – authoritarianism with a liberal face – is the real surprise of the Age of Trump.  Where once it was a Tea Party-driven GOP that kept leftists awake at night, now it’s anti-Trump Democrats.  In their zeal to drive Trump out of office, liberals have launched an anti-Russian scare campaign that is pumping up tensions to ever more dangerous levels; promoted a drive to censor the internet, and are doing their utmost to marginalize critics of US policy in Syria, the Ukraine, and beyond.

They’ve also used the FBI, CIA, and NSA in ways that harken back to the bad old days of J. Edgar Hoover.  This is a point that Jack Goldsmith, a Harvard law professor, makes in another essay in the Sunstein collection.  Goldsmith is an interesting character.  He headed the Office of Legal Counsel under Bush II but clashed with higher-ups over torture and was a participant in the famous March 2004 hospital-room stand-off when a critically-ill Attorney-General John Ashcroft said no to White House demands that he approve stepped-up domestic spying.  Goldsmith resigned a few months later, and the experience clearly left him hyper-sensitive to the problem of intelligence agencies slipping the leash.

Hence his alarm at what the “intelligence community” is now up to.  Since Trump’s election, unknown intelligence agents have leaked NSA wiretaps showing that incoming National Security Adviser Michael Flynn lied about discussing US sanctions with Russian Ambassador Sergey Kislyak, information that was then used to drive Flynn out after just 24 days in office.  “Deep State” operatives leaked communication intercepts of Russian officials discussing potentially derogatory information about Trump and top campaign aides; of Russian officials claiming that they could use Flynn to influence Trump; of Kislyak informing Moscow that he discussed campaign-related issues with then-Senator Jeff Sessions; and of Kislyak discussing Jared Kushner’s efforts to establish secure back-channel communications with Moscow.

All of which, Goldsmith says, is unprecedented: “These leaks probably mark the first time ever that the content of foreign intelligence intercepts aimed at foreign agents that swept up US-person information was leaked.  They clearly aimed to damage US persons – ones who happen to also be senior US government officials.”  The upshot has been “a return to the Hoover-era FBI’s use of secretly collected information to sabotage elected officials with adverse political interests.”

It’s as if Watergate and the 1975 Church Committee had never happened.  Liberals would be up in arms if the administration had done this.  But since the intelligence agencies have done so in order to undermine Trump, they’re jubilant. As one especially addlepated columnist put it in the vehemently anti-Trump Vanity Fair: “…if the Deep State can rid us of the blighted presidency of Donald Trump, all I can say is ‘Go, State, go.’”

If ever there was a way of whistling on the way to the concentration camp, this is it.  Another dirty trick, one that Goldsmith doesn’t discuss, is the famous Christopher Steele dossier, the document that singlehandedly turned “golden showers” into a household term.  No matter what the Washington Post, the New York Times, or the New Yorker might say, the dossier is a feeble concoction that would never pass any real journalist’s smell test.  The urination episode is absurd on any number of grounds, not least of which is the fact that Trump, just as he says, is a well-known “germaphobe” who is unlikely to take part in any such activities.  (If you don’t believe it, check out Erik Hedegaard’s hilarious 2011 Rolling Stone interview in which the then-reality-TV star goes on about the merits of Purell versus other hand sanitizers.)  The famous “pee tape” is dubious since, if it really existed, the Kremlin would have undoubtedly used it by now in response to Trump’s decision to slap on additional sanctions, expel Russian diplomats in the wake of the Skripal affair, sell anti-tank missiles to the Ukraine, or bomb Russia’s ally, Bashar al-Assad.  Presumably, Trump would have hesitated blackmail was a real concern.  But he hasn’t.  The only thing that seems to concern him is Democrats taunting him for being soft on Russia.

The dossier also says that “TRUMP has declined various sweetener real estate deals offered him in Russia in order to further the Kremlin’s cultivation of him,” but then adds a few pages later: “Finally, regarding TRUMP’s claimed minimal investment profile in Russia, a separate source with direct knowledge said this had not been for want of trying.  TRUMP’s previous efforts had included exploring the real estate sector in St Petersburg as well as Moscow but in the end TRUMP had had to settle for the use of extensive sexual services there from local prostitutes rather than business success.”  It says that Trump lawyer Michael Cohen met with Russian operatives in Prague in mid-2016, yet Cohen denies ever setting foot in the Czech capital and has even allowed Buzzfeedto examine his passport to prove it.

Indeed, the dossier is so weightless that even Steele is walking away from it.  He has reportedly downgraded the “truthiness” of the golden-showers incident to just fifty-fifty while, in papers filed in response to a libel suit in London, he now maintains that the dossier “did not represent (and did not purport to represent) verified facts, but were raw intelligence which had identified a range of allegations that warranted investigation given their potential national security implications.”

The golden-showers incident may be true or may not.  Yet according to a 15,000-word article by staff writer Jane Mayer in last month’s New Yorker, an ex-aide tried use the dossier to persuade Republican super-hawk John McCain to force Trump to step down before even taking the oath of office.  FBI Director James Comey may have been up to something similar when he confronted Trump with the golden-showers episode in a one-on-one meeting at Trump Tower.  Comey has never adequately explained that meeting, which occurred just two weeks prior to inauguration.  In a memo he wrote shortly after, he said he wanted Trump to know that “media like CNN had them [i.e. the sixteen memos comprising the dossier] and were looking for a news hook.”  Yet word of the meeting, which quickly leaked, provided CNN with precisely the hook it need to publish the first news story about the dossier.  Comey said he didn’t tell Trump that the Clinton campaign had commissioned the dossier because “[i]t wasn’t necessary for my goal, which was to alert him that we had this information.”  But Trump would have seen the dossier in a very different light if he had known that it was nothing more than “oppo research.”

A phony intelligence report that Democrats paid for and have since used ever since to harass Trump at every turn?  Not even Nixon could have come up with something so audacious.  Yet not only does the press fail to protest, but it cheers the Dems on.  Forty years of post-Watergate reform are going up in smoke – not because of Trump but because of his liberal opponents.

Pace Elster, Bonapartism is not a Trump-only affair.  To the contrary, it’s fully bipartisan, with the Democrats, if anything, taking the lead.  Plainly, the party underwent a phase change during the 2016 election when the Democratic mainstream came under attack from both Bernie Sanders and Trump.  The combined one-two punch sent the Hillaryites careening off into an authoritarianism that has only intensified in the months since.  The  system is breaking down, just as it broke down in France beginning in 1848.